A small number of continuous drainage devices are used to control the concentration of calcium ions in the circulating water of the evaporator and air cooler within a certain range, which effectively prevents the precipitation of scale. Reducing the calcium ion content in the circulating water of evaporators, chillers, and closed cooling towers is a bottom-boiler strategy to control the problem of scaling, which can solve the problem of scaling and scaling of evaporators from the source. 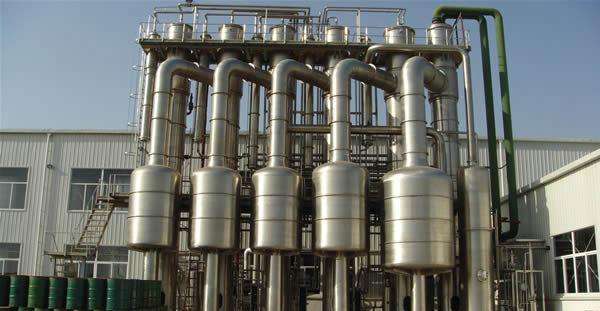 The multi-media filter is a commonly used pretreatment device for deep purification of water quality. Different filter materials can be added according to process requirements.

Three-effect evaporator test precautions 1. The first heater of the evaporator must be equipped with a safety valve. The steam pressure in the first effect heater must not exceed 0.01Mpa. Always check the safety valve for malfunctions. Don't be paralyzed. 2. In any case, close the steam valve when stopping. 3. When the evaporator circulation pump fails to stop running, the steam should be turned off immediately. 4. Always check the operation of the pump, whether the oil level is normal, and the amount of cooling water. 5, often observe the motor current and motor temperature of each device. 6. Under any circumstances, any one-effect material cut-off is strictly prohibited, and the adjustment of the evaporator liquid level should be carried out slowly, and should not be changed suddenly. 7. When the ambient temperature of the equipment is below 0 ℃, drain the water in the equipment and its pipelines to avoid freezing or blocking the pipelines. Application scope of three-effect evaporator: The following occasions: 1. Concentrate the dilute solution to make the product directly or reprocess the concentrated solution (such as cooling and crystallization) to make solid products, such as the concentration of electrolytic caustic soda, the concentration of sugar aqueous solution Concentration of fruit juice, etc .; 2. Concentrate solution and recovery solvent at the same time, such as concentrated debenzene of organophosphorus pesticide benzene solution, evaporation of alcohol extract in Chinese medicine production; etc. 3. In order to obtain pure solvent, such as desalination. 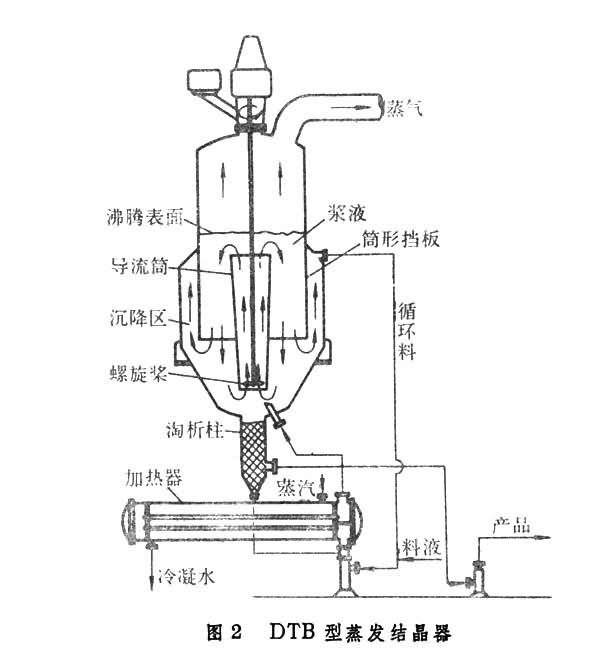 Gravity filters rely on the gravity of the suspension and the pressure formed on the filter medium as the driving force for filtering, and are generally intermittent operations, such as sanders.

Add a certain material to the top of the object chamber and pass the liquid distributor to flow downward in a film shape. It can be vaporized by heating. The vaporized gas flows out of the heating tube along with the liquid to separate the liquid from the gas. A concentrated liquid was obtained, which is the working principle of a falling film evaporator.

The MVR evaporator has a high degree of automation, and can realize the automatic control of the steps such as filling, preheating, evaporation, cleaning, and maintenance of the raw material liquid, avoiding human errors, reducing labor costs, and improving product quality.